REUSE & REJUVENATION
ITERA Gazette, part of the ITERA group, specialises in visual strategy and communications. Employees were happy in their central and homely offices in Youngstorget, but they were due to be co-located with the rest of the company at Ullevaal Stadium. Kaels Studio was hired in to make the new offices liveable for the company’s creatives, who were somewhat reluctant about the move.

The budget for the renovation was limited, but ambitions were high. Fun at work and premises bursting with creativity and collaboration was the goal.

The concept was simple: reuse what was already there and add a new, visual layer on top. A mix of the company’s corporate colours in different locations and combinations were to demonstrate that all its different divisions are represented. This was also a reuse project.

Due to the budget, we had to reuse as much of the old furniture as possible and try to inject excitement into selected parts of the building. However, Itera Gazette designers need more space than transient IT consultants, so some of the table tops had to be replaced.

It was a fun process working with the customer. We held workshops to sketch out ideas together, resulting in: swing seats, telephone furniture, a project room with a log cabin feel, monochrome lunch rooms and a multifunctional reception area with space for presentations, quiet study and after-work drinks.

The timetable was so tight that the draft stage had to be cut short, and wild ideas were put into practice without protracted discussions. Conclusion: everyone enjoys garden swings, and elements that make the workplace unique create a good atmosphere and generate a sense of ownership amongst employees. 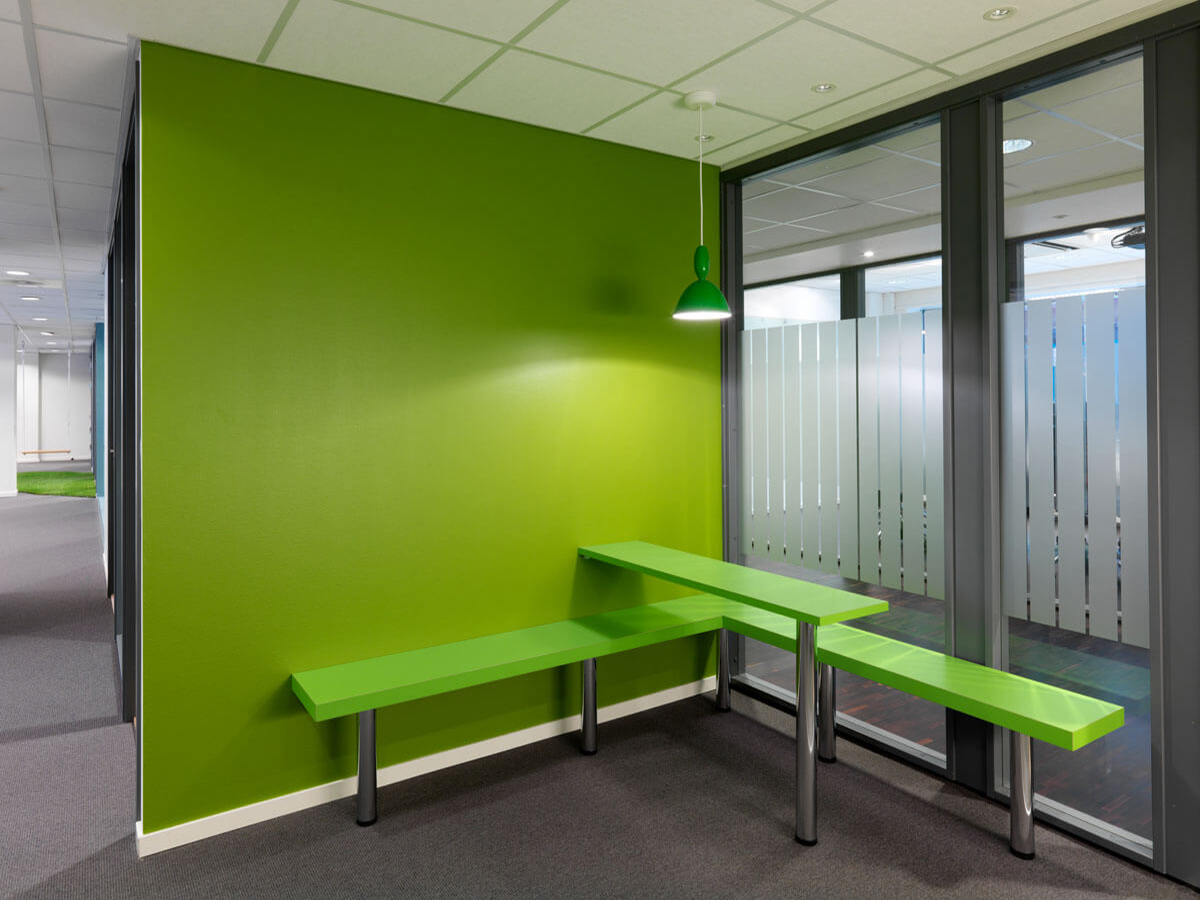 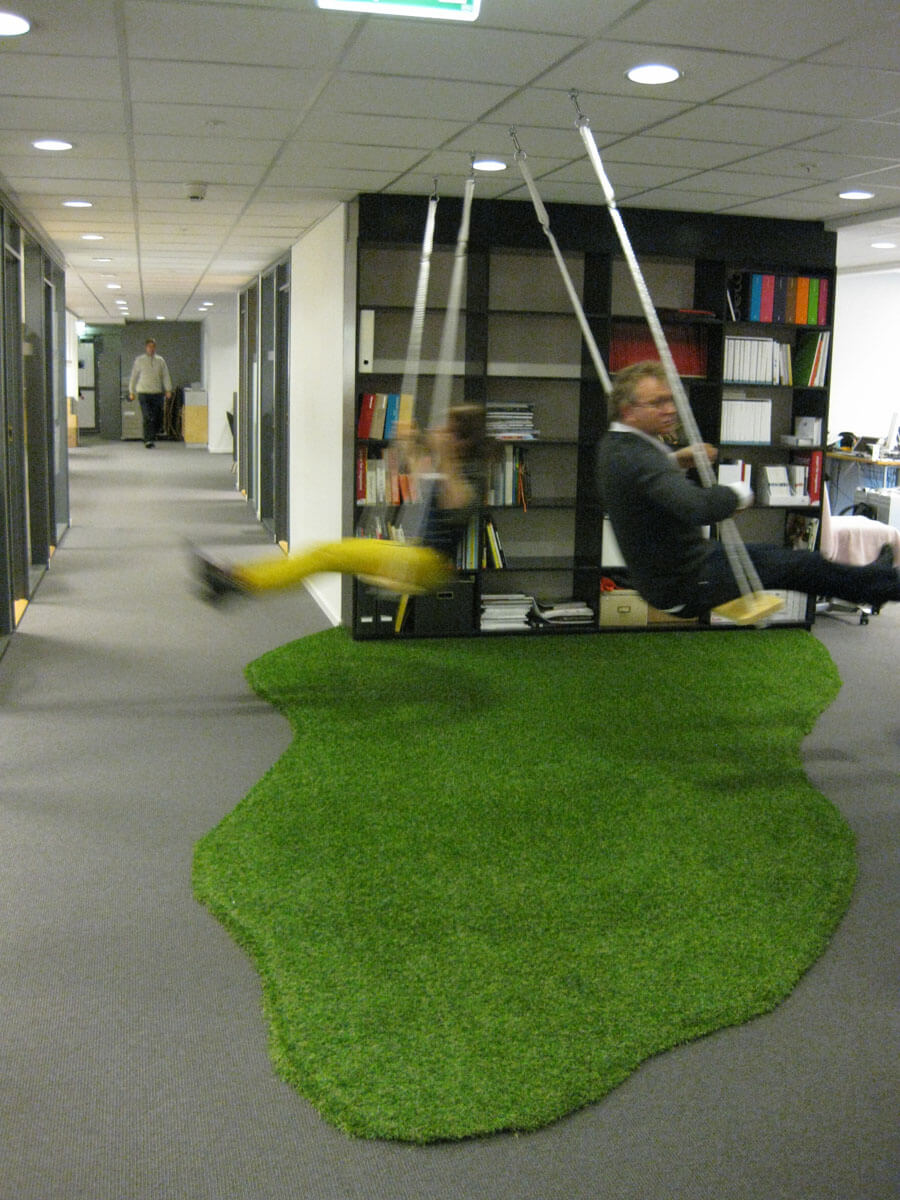 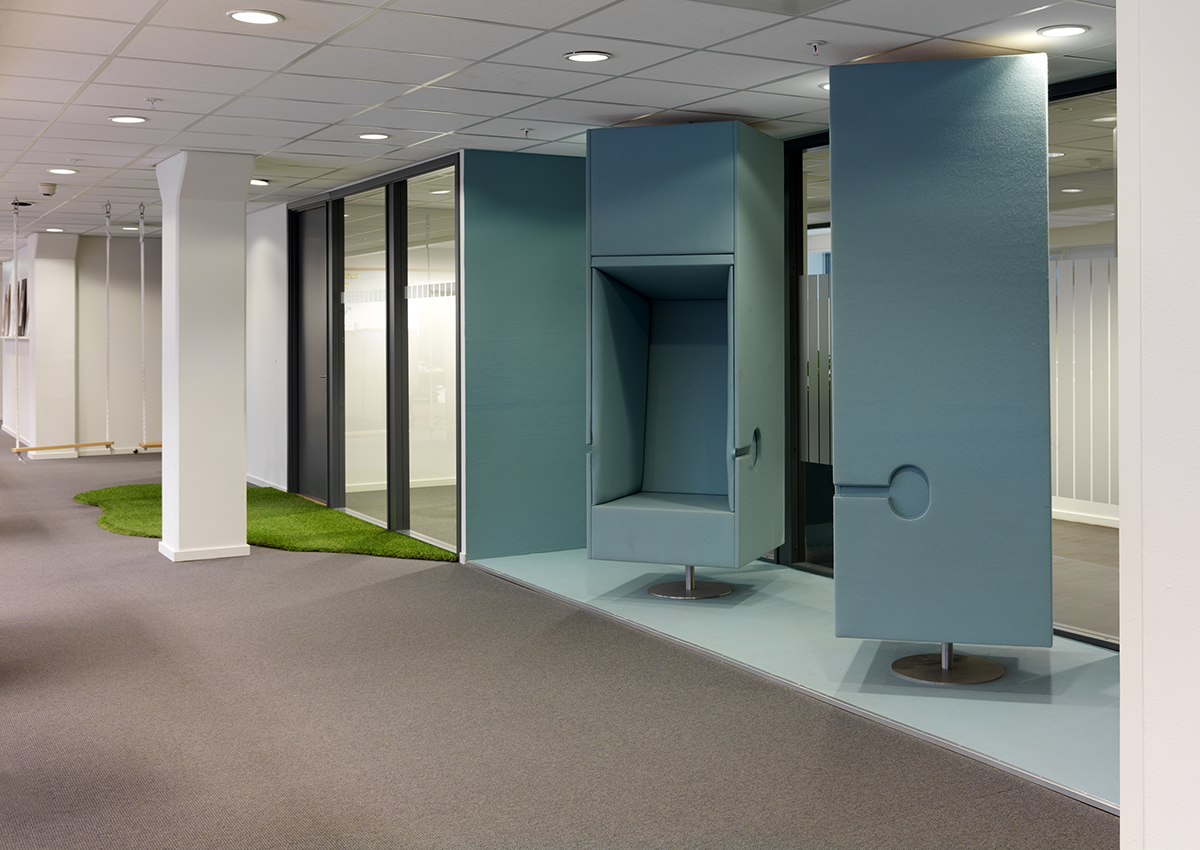 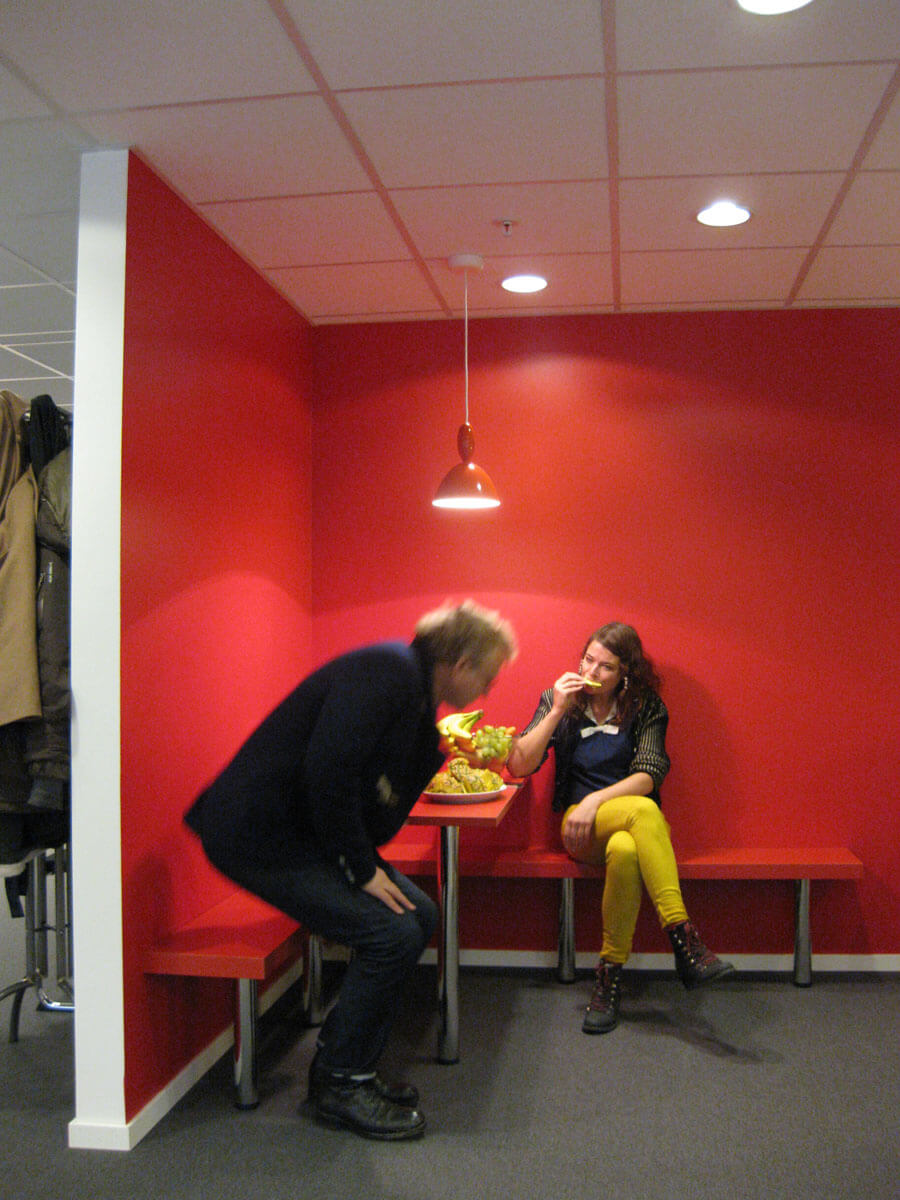